You Can't Put A Price On Nostalgia, Jenkins

Actually, you can. Especially when you're mostly broke like the husband and me.

Lately, the husband has been frolicking down memory lane like a coked up spider monkey and searching for vintage toys from old cartoon lines. We're both collectors and have a pretty swanky "nerd room".  My focus is mostly on Mega Man figures and celebrity/voice actor autographs. I've got some damn good ones, too-- Mr T., Dee Bradly Baker, Janet Varney, Grey Deleslie, Red Green... just to name a few... Oh and that one right down there... 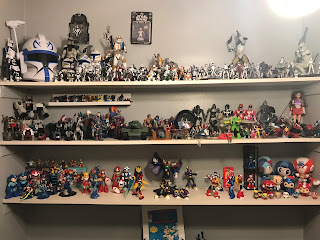 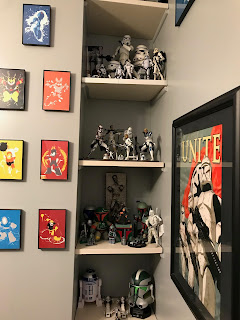 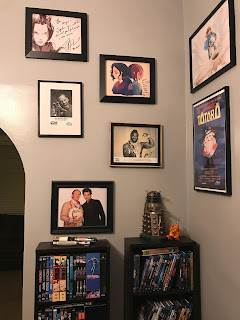 A lot of this collection was made when the husband was a backline guy working for the Temptations. ...Oddly I don't have their autographs. Otis has kissed my hand, though. And my dad made them an apple pie. Aaaaaanyhoo..... He'd come home after a month on the road with a fistful of cash and, us having no kids at the time, would spend it on stuff like this.

Anyway, this post doesn't really have much of a point, other than we spent most of the weekend playing with action figures. It was a decent weekend.